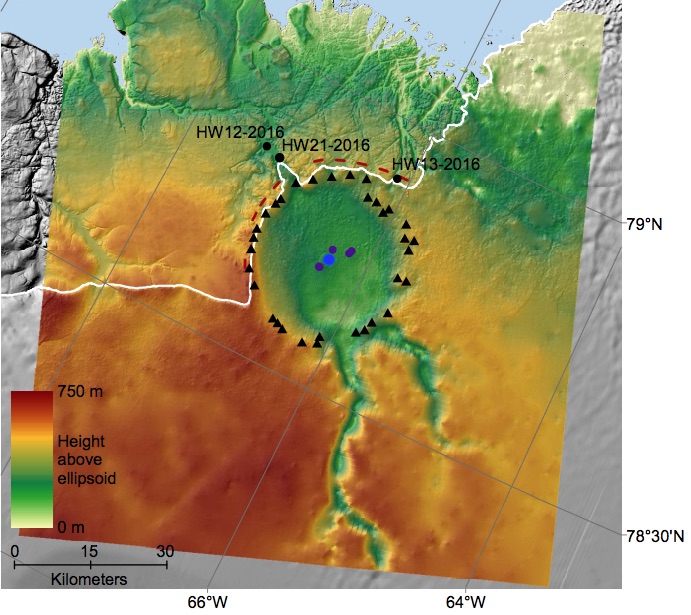 An enormous impact crater has been discovered under a half mile-thick ice sheet in Greenland and the experts say the impact could have happened as recently as 12,000 years ago.

What looks like a bowl-shaped crater appears to be the result of a mile wide, 10 billion tonne iron meteorite that experts say hit Greenland at a speed of 12 miles per second, releasing 47 million times the energy of nuclear bomb dropped on Hiroshima in 1945. And why is this so important?

Well, it would have melted vast amounts of ice in an instant, sending freshwater rushing into the North Atlantic oceans, rocked the mid-Alantic ridge and blasted rocky debris high into the atmosphere.

This could be the impact event that caused the famous Younger Dryas cold snap and caused the Great Flood and the sinking of Plato's Atlantis. VIDEO.